The practice of reusing materials in architecture 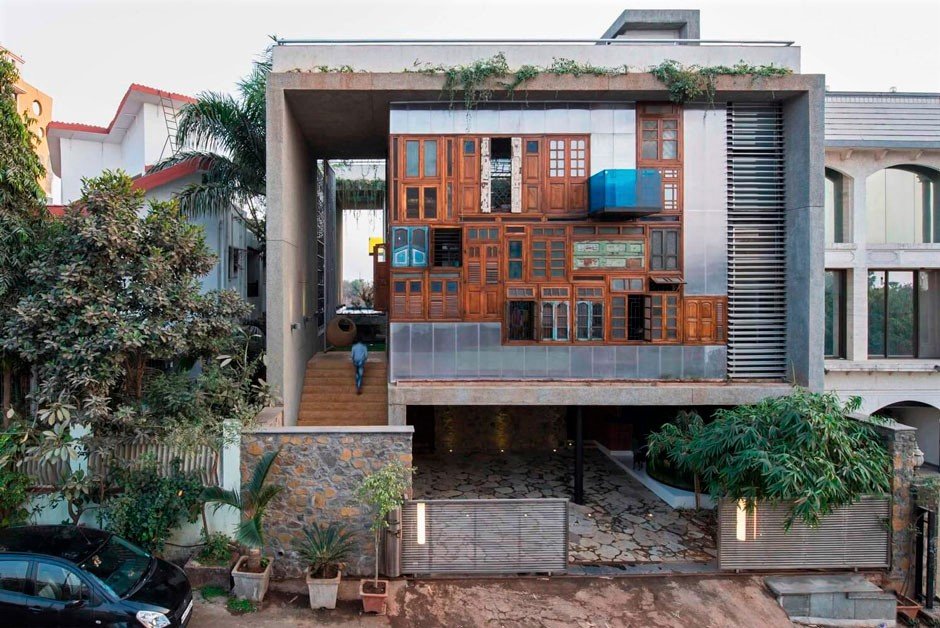 Space reform and adaptation represent many projects assigned to architecture companies, and reusing pre-existing structures is not novel. Because functions and needs vary throughout time, adjustments to satisfy new demands are necessary. Regardless of how much maintenance of a structure is, in most situations, preferable to its destruction and new construction from the start in terms of economics and ecology, the logic of reusing a place does not generally extend to its pieces that become, therefore, rubble.

According to the 2020 Worldwide Status Report for Buildings and Construction, the civil construction industry accounted for 38% of global CO2 emissions from materials, structures, and construction operations in 2019. However, data hold off the fulfillment of international agreements aimed at reducing pollutant emissions while reaffirming their key and strategic position in this global crisis, endangering the construction model as it is currently performed. 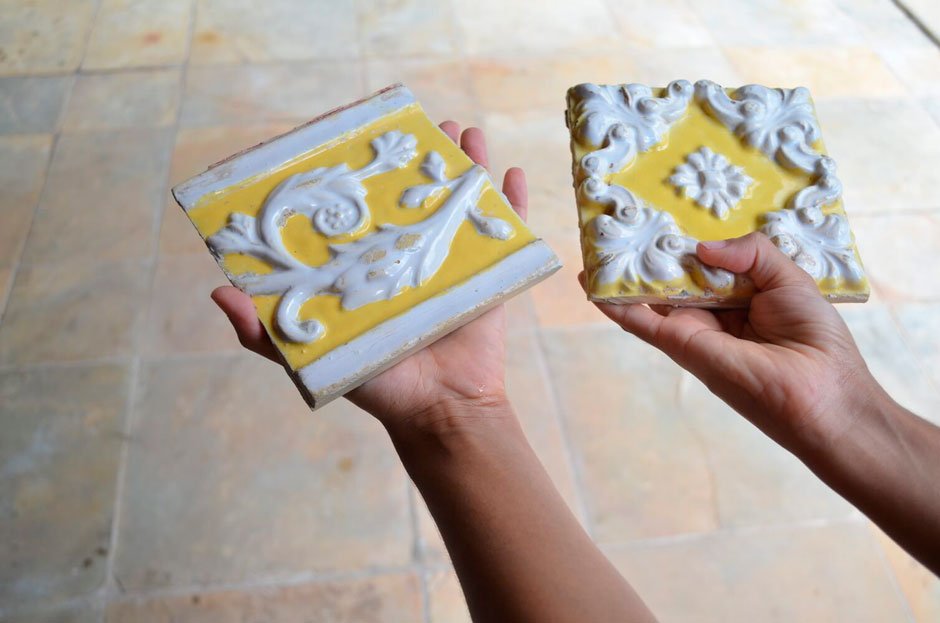 The linear economy model, which is utilized from material production through disposal, might be schematized in the steps of extraction, production, construction, usage, and disposal in the construction industry. This model highlights a non-specific problem that extends beyond the production stage of structural materials and includes its eventual destination. When portions of construction no longer suit the demands expected to address, they are demolished and turned into debris via demolition operations. Demolition has been the rule for many renovation projects to fulfill tight deadlines and expedite the construction process, removing the potential of reuse from its structural parts and materials.
Considering the fact that about 2/3 of the area of existing buildings today will still exist by 2040, and since reforms have shown to be the specialty of future architects, the model of processing of constructed spaces should not be overlooked. It is necessary to review how the construction industry operates and convert the linear usage of materials to a circular model: it is essential to stop demolishing and start disassembling.

According to Life Cycle Assessment (LCA), the effect of reusing construction materials for the same purpose might be 2 to 12 times lower than the impact of using new state equivalents. In addition to reducing waste generated during construction and demolition and the costs and emissions associated with waste treatment (such as recycling or incineration), disassembly encourages labor and local construction knowledge, preserving cultural values inherent in preexisting buildings.
In this way, disassembly exposes a continuous learning process - even when the reuse of construction elements is not possible. To dismantle the parts of a building, whether they are doors, windows, panels, or benches, you must first understand how your facilities have been thought, that is, disassemble. 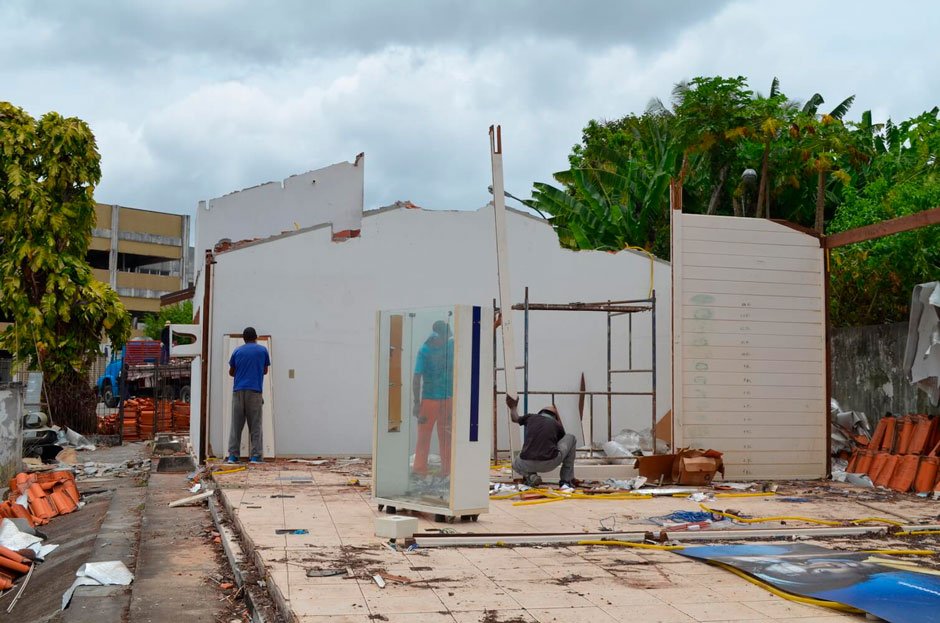 Bricks, coatings, and other materials placed with mortar need more disassembly time, which, depending on the situation, may not be feasible and profitable. As a result, even if demolition is the end destination of a building - from the demolition of structural components to the entire structure - the formation of a timetable and a study of the best way to take advantage of construction sections before demolition are required.
In order to make the reuse of construction elements more accessible, a number of initiatives and companies dedicated to the reuse of building materials have emerged in recent years, ranging from disassembly to the commercialization of construction parts from preexists, offering a variety of services to encourage a change in the construction model as we know it.
Arquivo, a corporation and think-tank formed in Salvador (Brazil) by architects Natália Lessa and Pedro Alban, has demonstrated this. With the mission of simplifying material reuse, Arquivo provides services such as physical removal of reusable materials, sale of reuse elements, and consulting. In addition to conducting a survey, project assistance focused on the possibilities of reuse in the Brazilian context required to Establish a "Functional Reuse Industry on National Scale - necessarily composed of other actors beyond Arquivo," as described on their website.

The so-called "actors" of the circular economy range from waste yards to architects, designers, and engineers, as well as professional reuse firms. Although the material reuse movement frequently exists without the need for an experienced firm in the field, these actors often encounter operational issues when operating on their own. Thus, organizations specializing in the reuse of construction materials at various stages act as facilitators of the process. Arquivo stands out as a pioneer in the Brazilian setting in this regard.
In the same direction, Rotor DC, a Belgian cooperative established in 2014, has been working to arrange the reuse of construction materials in disassembly and marketing, as well as collaborating with government entities in the elaboration of guides and regulations to encourage reuse as a practice in architecture, such as the Handbook for Reuse off Site and the Guide for Identifying the Reuse Potential of Construction Products. 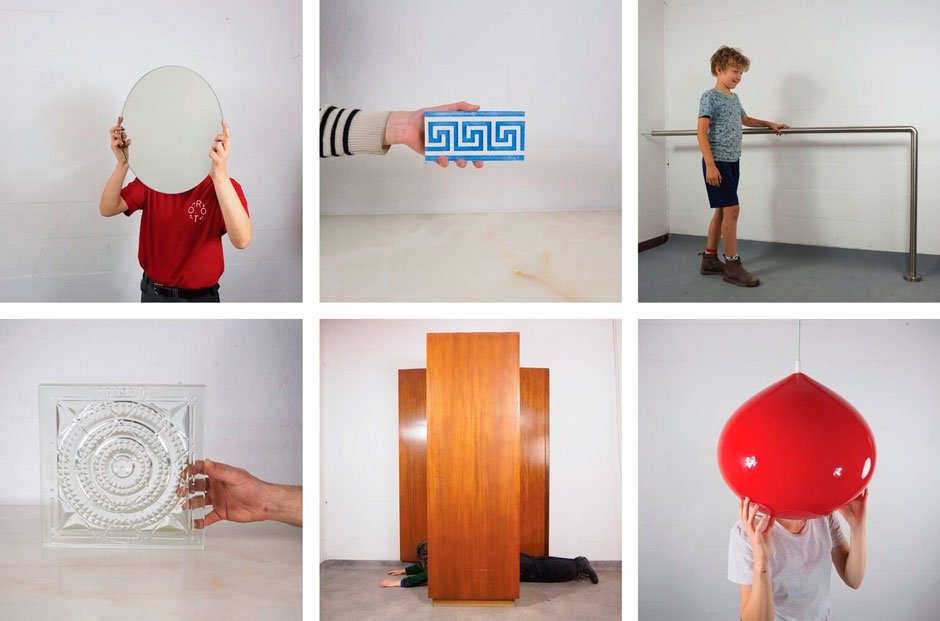 The network of organizations and activities associated with building material reuse has increased in recent years, pointing to a more promising future for disassembling and recycling as recurrent practices in design. In addition to this movement, it is also necessary to encourage and regulate practice through, for example, evaluation forms for the possibility of reuse of construction parts before the work; certifications for projects that reuse building materials; and promotion of tax credits to reduce the cost difference between demolitions and dismantling - although reuse materials are significantly less expensive than new materials, the cost of labor in demolitions is considerably higher.
Finally, suppose a disassembly is a viable option for demolition (or to reduce the debris generated by it). In that case, it is also necessary to consider how to make it more accessible from the start of the project, taking special care in joining the materials and preferring mechanical fittings and fastenings, as defended by the Design for Disassembly (DFD) — "design to disassemble" — concept. Reversing the one-way logic of consumption-disposal and promoting a circular economy requires thinking and acting at all cycle phases.
The disassembly of these pieces, rather than demolition, implies new possibilities for reinterpreting buildings based on demolition as a strategy to conserve the construction parts themselves and a productive way of operating. This movement, which extends beyond the size of the structure, contributes to essential alterations in the linear building model.